As you may have read in my patio garden part one I recently moved to Santa Ana from Tustin.  This meant that I was not only going to have a space that had a better layout and was energetically better but unlike my last place I now have a descent amount of garden space to play with.  I will do a video of the entire space in a future post.  What I wanted to talk about today is worms and why (if you have a garden) you should have them. 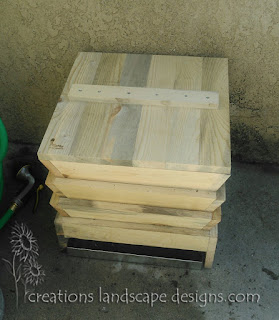 I for the past few years have been trying to live a more sustainable life.  Trying to reduce the amount of waste I produce and just live an all around healthier life.  So when I moved into this place I wanted to not be sending a shit ton of trash into the landfill.  I started years ago by not buying foods that came in any packaging that could not be recycled or reused.  I buy everything in bulk which was a cost savings but I was still throwing the food waste in the landfill and that had to change. So I decided to start worm composting. 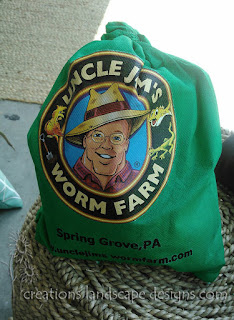 I did not want to go the plastic bin route and wanted something that was both functional and decorative.  After some google searching I found this wooden worm composting bin from an Etsy shop called Sacred Resource.  I was drawn to the fact that it was not made of plastic and is far more sustainable than the competition.  It was easy to install and I am certain that my HOA won't huff or puff about it.  I also got some worms (500 red wigglers) from Uncle Jim's Worm Farm.   Both products came with some tips and tricks to get started that were helpful.


So far it has been a few weeks since I have been composting and I have learned a few things... 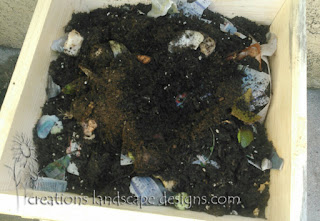 I will share updates from time to time.  If you are worm composting I would love to hear about your adventures and if you have any tips for this newbie then feel free to share.
Posted by creations landscape designs at 4/20/2016