THE PROJECT THAT TOOK MONTHS 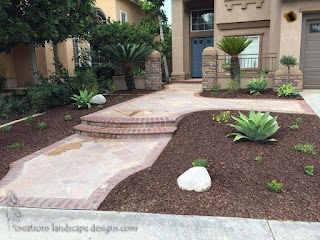 I was hired to do planting design for a small front yard in Irvine and thought that the process would be easy, but that was not the case.  The hold up was rather simple...  The HOA took months to review the drawings.  Months for a simple planting design, which consisted of some existing Agave's that we were repurposing from the backyard.  That being said, this project turned out really nice.  The design intent was to not add to many plants that would otherwise over crowd the garden, but to add just enough for some interest. 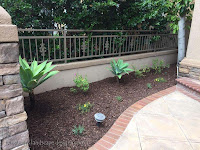 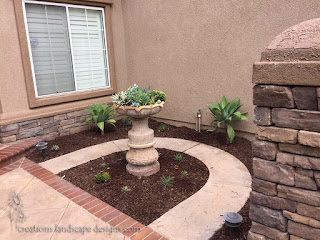 We kept all the existing path as they were not broken and there was no budget to replace them.  There is also an old fountain that was planted with succulents.  Over top of all the plants we added some mulch to give it a finished look.  Overall I am pleased with this project as it was a low budget, drought tolerant design.