BIZ UPGRADE AND A GOODBYE 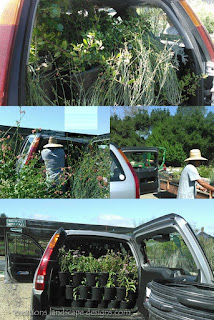 For the past 15 years I had been driving a 2003 silver Honda CRV that I named Grace.  She was a rugged beast and I had fallen for her.  At one point she hauled 184 one gallon plants.  Grace and I were in sync.  She made my business and getting from point a to b really easy.  But as the saying goes all good things must someday come to an end.

In 2015 I spend around 3 grand taking her to the car doc. and vowed that from that point on the only money I would spend on her would be only what is necessary for her to run right.  Fast forward to this year and slowly she started having issues.  First it was an oil leak, then the alternator and solenoid belt.  More recently it was the valve cover gasket, oil pressure switch, back brakes and axles.  It was almost like she was being restored.  After the axles were fixed I decided that it was time.  By then she had 210+ thousand miles and needed a better home.

Feeling emotional I reached out to my mechanic who oddly enough had a buyer for her.  His friend who owns a smog shop was interested and made me a reasonable offer given that there were more issues then what I had fixed.  An hour before I had to hand over the title I cried as I let go of her.  I knew however, that letting go of her and getting something new would also bring new things into my life. 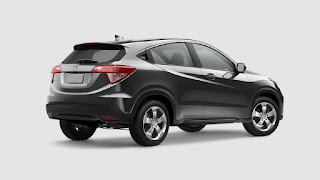 So what did get in her place?  Well meet Charckie the 2018 charcoal colored Honda HRV.  He is the most comparable new car to the 2003 CRV.  I have had him for a week now and it is not something I am used to.  On the up side I no longer have anxiety about what could possible fail with the car.  I believe that this new car will make my landscape design business more efficient and bring new fun adventures that I may not have been able to have with the CRV.

I normally deleted spam mails right immediately. However, I was curious to see what creation landscape design and then CRV pop up. Very interesting.