Usually when I do design work I like to create two concept ideas.  These concepts are a representation of my vision for the space along with the clients needs.  I have found that if you do more than two options then there is too much to think about but if there is two then you can either like one or the other or a variation of both.  In this case the clients are two sisters who are going to rent out their childhood home.  They wanted to do something to the dirt back yard but had a limited budget to work with. 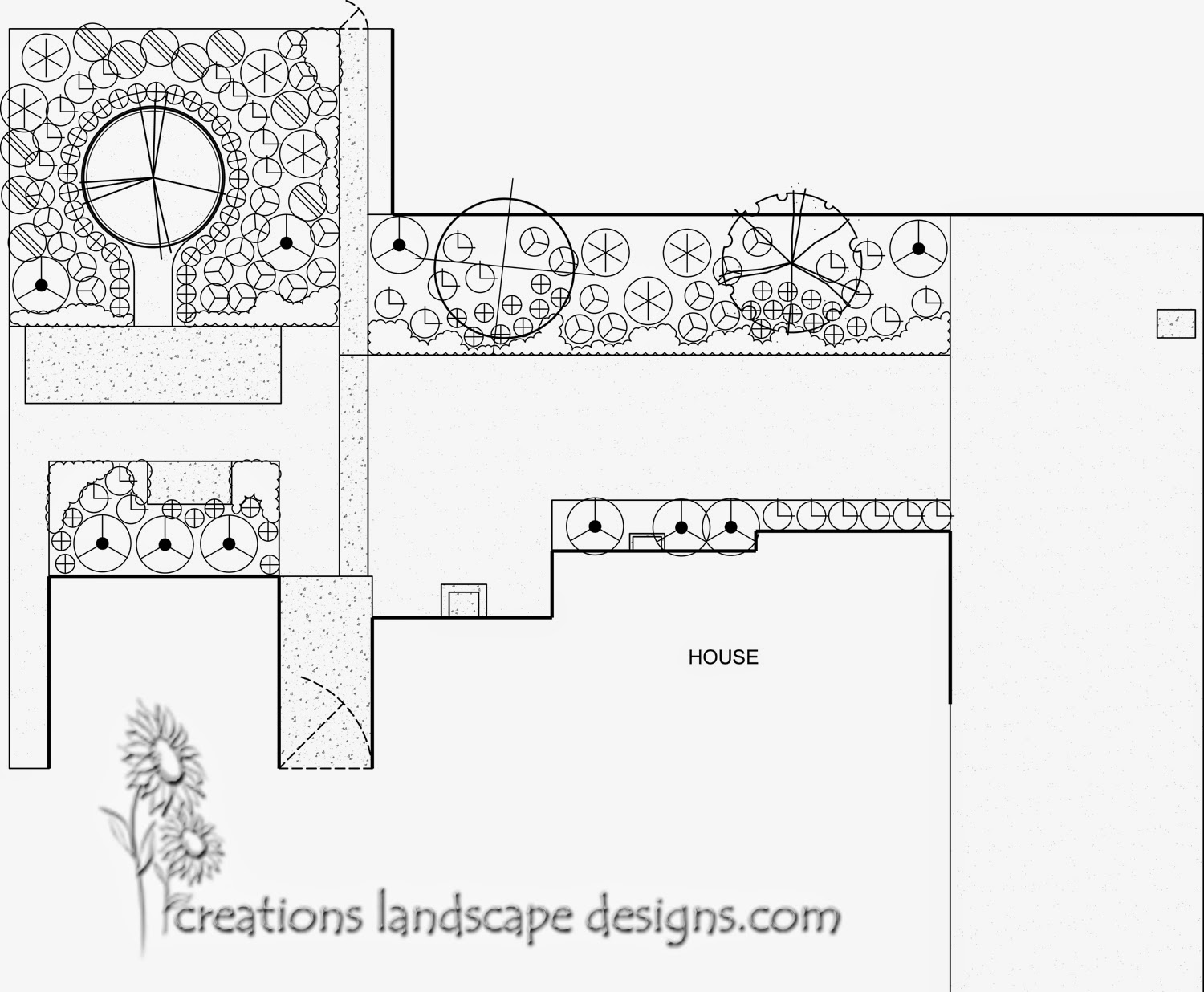 I created two ideas in which one was a bit more curved while the other was more straight lined.  There were two existing concrete pads and an existing walkway that they wanted to keep.  In the first option I kept all the existing pads and proposed a more straight lined path with a circular tree area to the left where they could put table and chairs under the tree for seating. 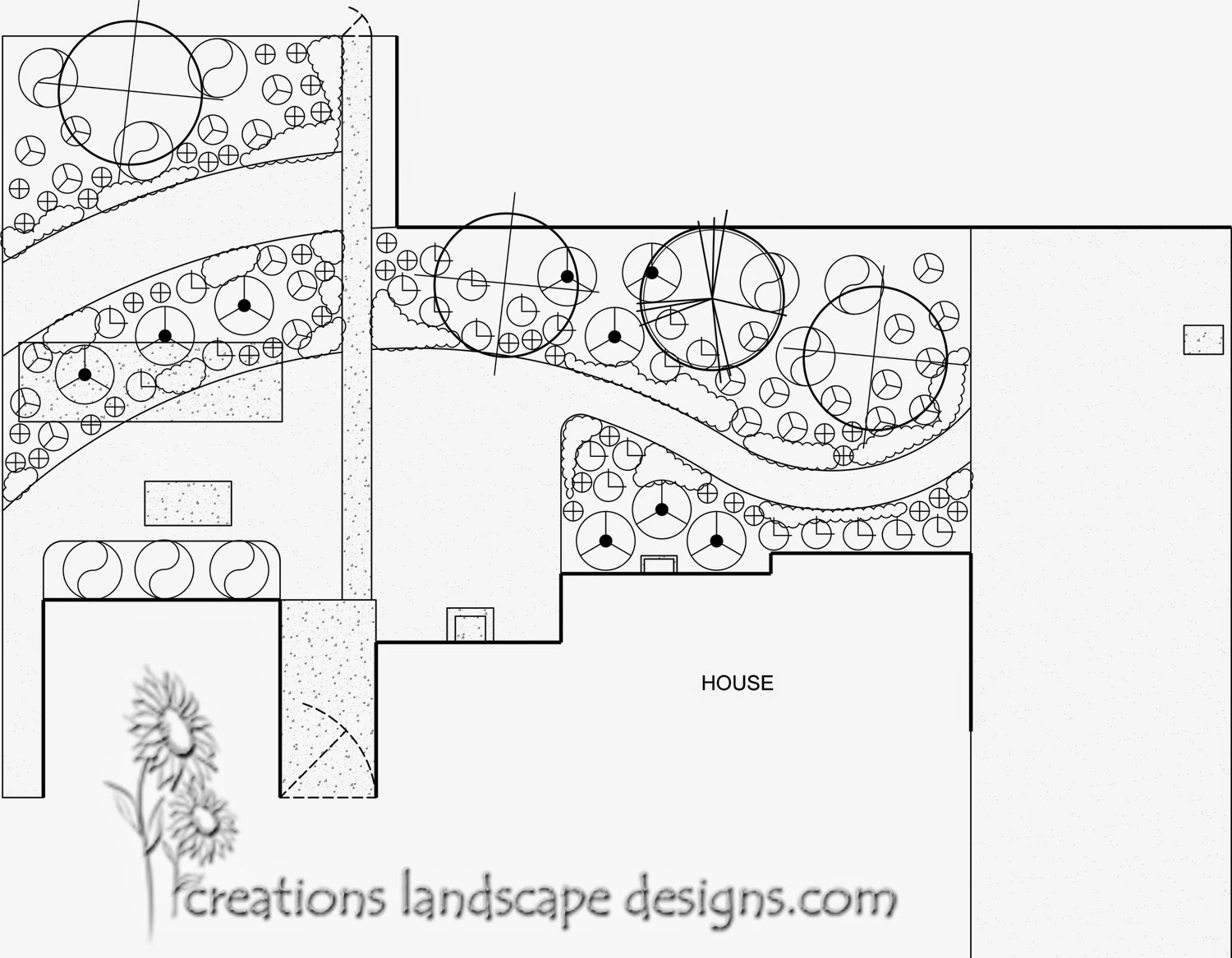 In the other concept the large concrete pad to the left is removed. The paths and walkways are more curved.  However in each case the design leaves room for the plants to grow so that they don't get packed in.   This means that in the beginning things will look sparse but in time will mature to their full potential.

I presented both concepts to the client knowing that she would have to show the drawings to her sister who could not be there that day.  She liked the curvy  option but was certain that her sister would like the other so I proposed a compromise of having both.  Taking both plans and marrying them together to create one final layout that not only suited the clients needs but was kind to the environment and was not using cookie cutter plants. 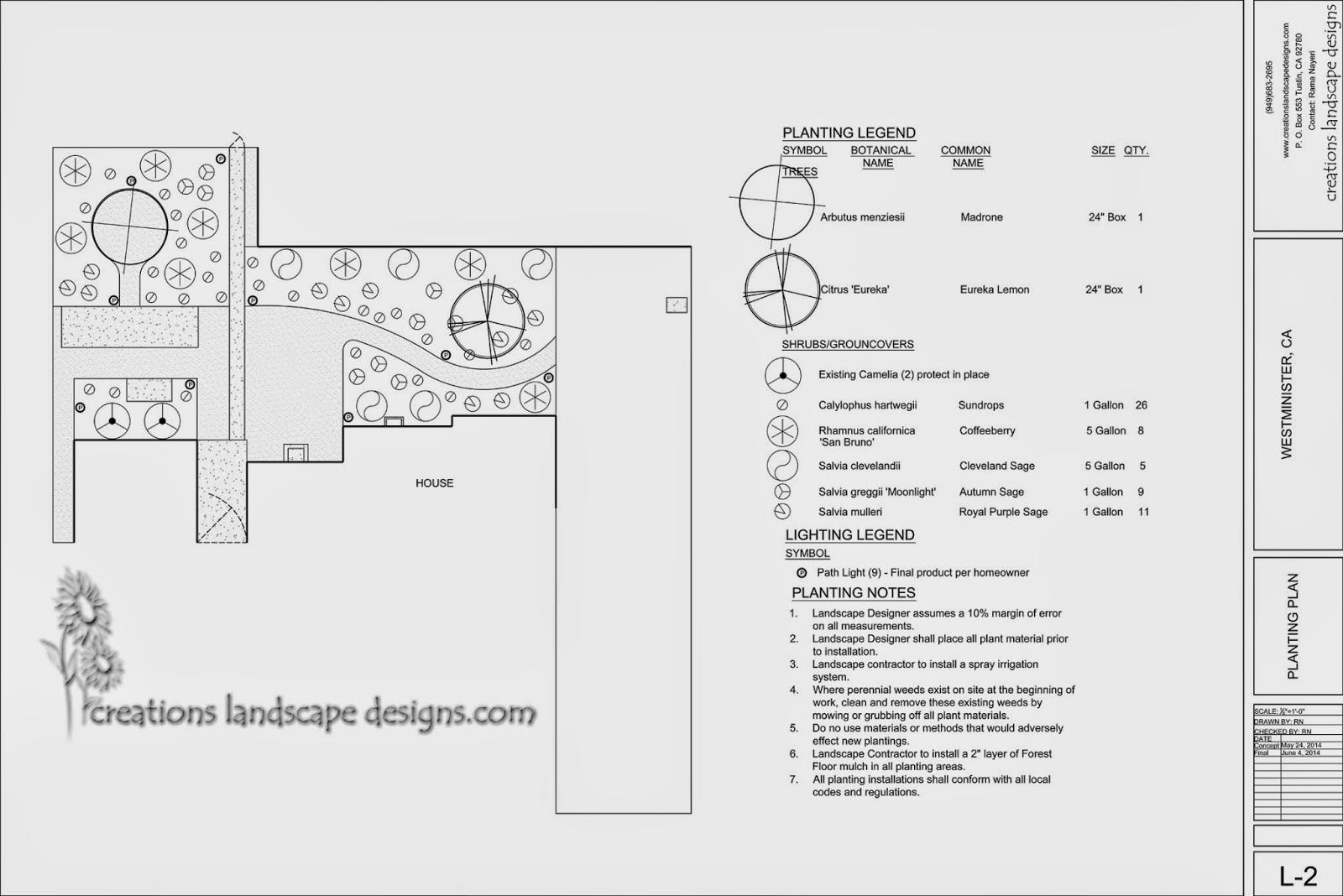 The final result is a mixture of both.  What might look like minimal planting is actually just enough.  There is some room left in between for walking and being able to get around if needed.

Posted by creations landscape designs at 6/20/2014