Plant taxonomy is the science of naming plants. Carl Linnaeus is considered to be the father of taxonomy and used Latin as the primary language of identifying plants. Each plant thus has what is called a botanical name. 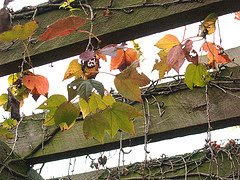 In some cases there are what is called a caltivar (variety). In such cases the cultivar name would go after the species name and is put in single quotes with the first letter of each word capitalized.

Posted by creations landscape designs at 8/15/2008