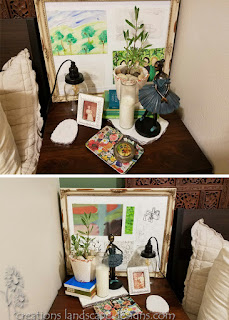 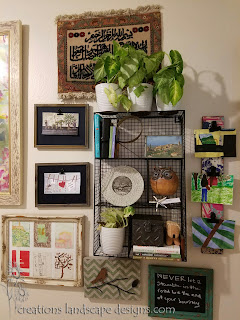 In March of this year I moved to a 424 (ish) square foot space that oddly enough is much better than the 750 square foot space I was living in.  ODD I know but trust me.  So in this space I wanted to have some plants that would not only purify the indoor air but also some edible plants. I also wanted to experiment with having California native plants indoor.  The most common indoor plant that I have 8 of around my condo is Pothos.  I love the look of it and am oddly drawn to it.  I have them mixed around the house.  But somehow for me that was not enough.  I had to try different things, which led me to my California native plants and edible plants experiment.  I bought 4 4" Japatul Cleveland Sage and 4 Coyote Mint and one Chalk Dudleya that I wanted to plant indoors.  I also wanted to try growing parley, cilantro and chives in mason jars. 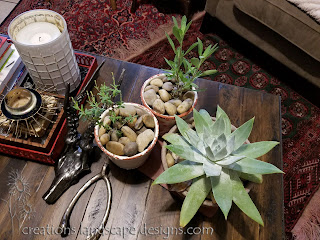 I do have a dilemma being two cats that will eat just about anything.  So I put the pothos where they cannot reach it.  Thankfully they don't like the smell of the Coyote Mint and Cleveland Sage.  Those are safe on the coffee table and kitchen counter. The only place I could put the herbs where they would get light is in the kitchen window sill, but I had to put one of the Cleveland Sages in front of it so that the cats would smell the Sage and back off. 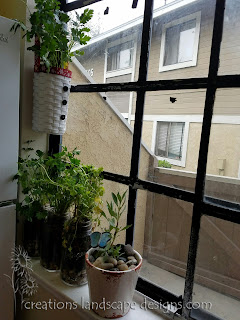 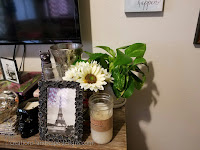 My goal is to not only grow herbs but also have an indoor native garden.  I love experimenting and seeing what works and does not.  I say all the time that gardening is like a science lab.  I am definitely going to add more plants over time. I think that with any garden things will evolve as I learn what will and won't work within my space.  I also don't want to go to crazy in the amount of varieties I have.

I will keep you updated monthly on my indoor garden experiment.  If you are growing in doors let me know I would love to share your story.