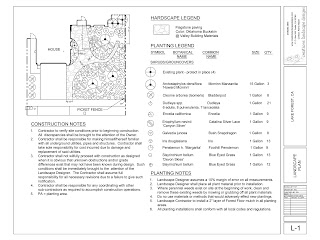 In January of 2014 I posted about some concept designs I did for a couple in Lake Forest. 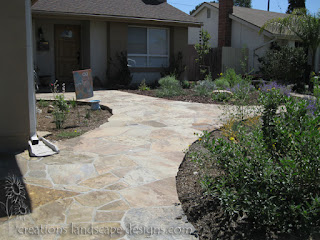 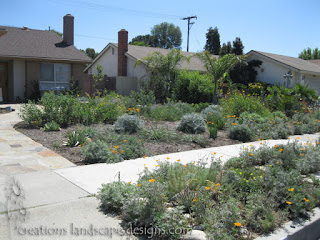 The driveway was redone (per code) using 4" of concrete with rebar.  The flagstone (color: Oklahoma Buckskin) was mortared in for safety reasons. The little step that existed at the front door was removed and a slight ramp was put in.

A brand new irrigation system was installed with a smart controller that has a rain censor.  The rain censor sends a signal to the system to shut off if there is too much moisture in the air or rain. 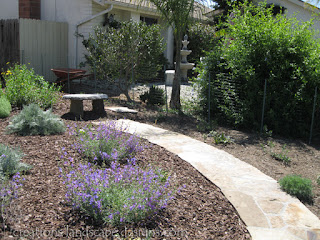 All the plants are native to California, with some plants being specifically native to Orange County. They are all low water requiring plants that also don't need much maintenance.

Posted by creations landscape designs at 6/24/2015