SOME WATERCOLORS FROM MY PAST 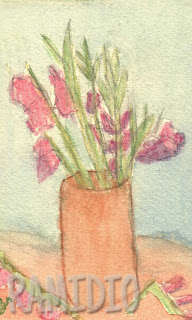 I used to watercolor in college (circa late 90's, early 20's) and had a blast.  Then somehow I stopped doing so more regularly when I graduated college.  I recon starting a full time job and adjusting to adulthood took me in a different direction.  So I thought that today I would share with you some watercolors of my past. 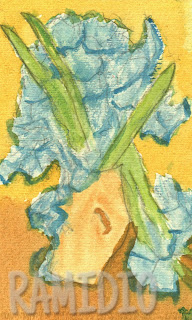 The first two were inspired by two painting I saw at the Van Gogh museum in Amsterdam when I was there in 2001.  There was something that caught my eye and I had to paint them.  Sometimes I find inspiration, when I am not searching for it. 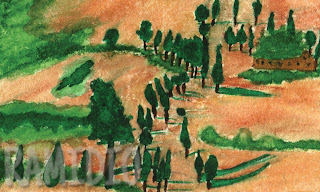 The third was based off of a post card I got in Castiglion Italy in 2001.  I wish I still had the postcard but at least I have the painting to remember.  This was a time when I was in Italy for 3 months on a study abroad program and spent another month around western Europe.  It was the time of my life. An experience that I am forever grateful to have had. 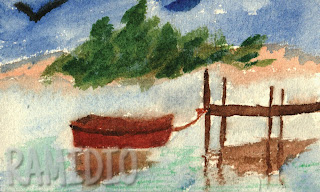 The fourth I cannot recall from what it was painted off of.  I do recall however, sitting on my BBF's couch painting it, while she was also painting.  We used to get together weekly and paint.  It was fun and relaxing.  Now she lives 1.5 hours away and painting with her just does not happen like it used to.  That's how life works I recon.  Things change and you adjust accordingly.